Bitcoin and cryptocurrencies, the three waves 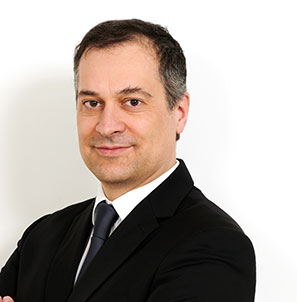 Bitcoin and cryptocurrencies, the three waves

In only 10 years of existence, bitcoin has managed to reach a market capitalization of 1,000 billion US dollars. By way of comparison, gold only reached this level in 1999 and currently stands at ten times this capitalization: is the differential bound to narrow between these two high-profile assets? So different by nature (tangible versus intangible asset, old versus new world), they are nonetheless so similar in their purpose ("physical" gold and encrypted bitcoin both aim to provide some form of security during trades). With dizzying growth and high political dimension, bitcoin has quickly shifted from avant-garde technophile subject to critical issue for investors and central banks alike; and now raises many questions about the risks and benefits of its widespread adoption.

The real strength of this flagship digital currency is based on 3 elements : its portability, the anonymity of the holder being preserved, and the promise of monetary exchanges without third-parties fees on top.

Beyond a crazy rise in its price over the past months (admittedly with a strong speculative component), bitcoin has been used as a real store of value, a hedge against a potential depreciation of paper currencies controlled by central banks. The latter, by creating massive amounts of liquidity to counter deflationary effects of the Covid-19 crisis, also facilitated the conditions for a depreciation of their currencies. This influx into bitcoin and other cryptocurrencies has come to the dismay of some observers, who would have preferred for gold to play this role … exclusively.

Bitcoin price (USD) over the past 3 years

Size of the US Fed balance sheet

Source: Board of Governors of the Federal Reserve System, March 2021

Though subject to strong price fluctuations, it would thus seem that bitcoin is finally gaining strong momentum, both among financial institutions and corporate treasurers (like Tesla, which recently invested $1.5 billion dollars in bitcoin).

However ... the widespread use of bitcoin still faces hurdles along the way, as cryptocurrencies still generate a lot of criticism.

Janet Yellen, the President of the US Treasury, and former Chairman of the Federal Reserve, recently judged the use of bitcoin as excessively "inefficient" from a transactional standpoint. In addition, and as pointed out by the US Department of Justice, bitcoin is still widely associated with terrorist financing and money laundering activities. In the US, using the digital currency is seen as a menace to the extraterritoriality of the US dollar, a principle which grants an American judge the right to initiate proceedings - or to seek sanctions - against any international transaction performed in dollars. Thus, questioning of the use of the US dollar across international transactions in favor of bitcoin would potentially risk depriving the United States of a powerful geopolitical leverage.

In Europe, Christine Lagarde, the President of the European Central Bank, seems to be definitively shutting the door to bitcoin as a reserve asset for her institution. Also, the impossibility for bitcoin to be easily integrated into a monitoring framework for capital movements (such as Tracfin in France1), generates a strong resistance from the European justice system.

Finally, cryptocurrencies generally require gigantic energy resources to operate: in the case of bitcoin, validating and securing transactions requires a long and complex calculation process. Bitcoin's yearly electricity consumption now exceeds that of Argentina, the Netherlands, or Norway2 ... a shame, given how sensitive its users (from younger generations) are to environmental issues.

Adding up these negative factors, many observers are already predicting a dire future to bitcoin : a highly deflationary asset by construction (since the maximum number of 21 million bitcoin cannot be exceeded), which also retains a high opportunity cost since it doesn’t pay any interest or dividends.

Nonetheless... "All truth passes through three stages. First, it is ridiculed. Second, it is violently opposed. Third, it is accepted as being self-evident"3. While initially mocked by the media as the anti-system currency of a few computer “geeks", doesn’t the constant backlash prove that we actually are on the second wave of this process?

As such, let’s remember that the American economist Milton Friedman, founder of the Chicago School and Nobel Prize in economics, strongly criticized the creation of a single European currency. One year prior to the launch of the Euro, Friedman mentioned in an interview with Radio Australia that he didn’t expect the monetary union to survive more than ten years… and 20 years later, though critical problems still remain - with the impossibility to carry out competitive devaluations using intra-zone exchange rates, or to offset them with fiscal deficits that would exceed the Maastricht criteria - the Euro is still alive.

This doesn’t event take account of the recent interest in cryptocurrencies coming from traditional finance players, which see their widespread adoption as a potential to refresh their client offering; and with hopes to make the current banking landscape more attractive to their customers.

In short, the adoption of digital currencies would only be the latest phase in banking automation. In a world which is constantly adopting new regulations, cryptocurrencies and blockchain would allow authorities to provide more efficient centralized supervision, and less costly to set up for banking players.

However, this adoption is not being proactively pushed at present by private financial institutions, as these still benefit from the virtual monopoly on money creation (granted to them by central banks). Banks and insurance companies are therefore in a wait-and-see position with regard their supervisory authorities. Within this framework, both US Federal Reserve and the European Central Bank seek to incubate a dollar and a digital euro by launching - among other things - public consultations. At first, they remain cautious not to upset banking practices too much, and not to let the control of money creation slip to new players who would be more difficult to regulate. The establishment of these state cryptocurrencies would then usher in the third wave: the generalization and trivialization of cryptocurrencies’ use, whichever they are.

However, given some of its technical limitations, bitcoin is not guaranteed to be the primary beneficiary of this movement. One can safely assume that massive digital players such as Google, Amazon, Apple, and Facebook are also looking to take advantage of the digitization of currencies. In Europe, for example, we can also expect the emergence of new laws which will combine some form of banking law and regulations on the one hand, together with General Data Protection Regulation (GDPR) on the other.

Once exiting the crisis that Covid-19 has generated, many uncertainties about the nature of the economic recovery still remain. The one trillion dollars stored in bitcoin will most likely prompt multiple players to try and capture this financial windfall. At present, the most convincing initiative is the use of cryptocurrencies as collateral to a banking credit: in the most paradoxical way possible, bitcoin, designed to eradicate paper currencies, could be used to support the expansion of credit… and therefore… the economic recovery.

3 A quote often attributed to Arthur Schopenhauer, but we wish to remain cautious here.